Representation matters and a Cincinnati social entrepreneur has set out on a mission to ensure that Black children see themselves reflected within the books they read. Arin Gentry, founder of the As Told By Foundation, is using her nonprofit as an avenue to empower youth through literature, WCPO reported.

Although racial diversity within the pages of children’s books has increased, there remains significant room for growth. According to a study conducted by the Cooperative Children’s Book Center, a mere 11.9 percent of books for youth featured a main character who was Black. Gentry realized the lack of representation was a generational issue. As a child, she noticed there weren’t many books that illustrated positive stories about Black characters. There were also limited books penned by Black authors.

Determined to make literature that celebrates diversity more accessible and amplify positive Black narratives written by Black authors, she launched a book drive in 2020. Gentry—who was pregnant with her son at the time—wanted the project to be an ode to Black literature. With the support of her community, she collected 1,000 books for the first drive to distribute amongst local youth. She has collectively donated 3,000 books. “The goal was to make sure that young people who look like me – but also young people who don’t look like me–are able to have access to books that represent Black people in a positive manner,” she said in a statement, according to the news outlet. “I read to my son every day, so I know how important it is. But I also realize that everyone does not have the same type of access and privilege as I may have or as my son may have.”

After witnessing the impact of her book drives, the 26-year-old transformed her project into a nonprofit dubbed the As Told By Foundation. Through the organization, she hopes to address the literacy gap. Gentry is also gearing up for another book drive this year.

Initiatives like the one being led by Gentry are needed as inequities within the realm of education continue to widen the achievement gap. 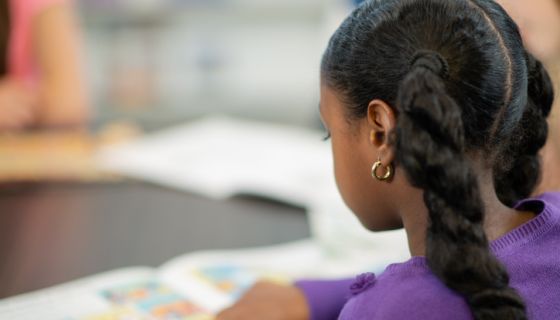