Christian Walker, the son of Herschel Walker, the ex-NFL player and resident GOP “Black friend” who is campaigning to represent Georgia in the U.S. Senate, is absolutely his father’s son. In fact,  Herschel Walker’s son is such a staunch Republican bootlicker that he’s looking to be his generation’s Candace Owens after having told New York Magazine he wants to be “the face” of Gen-Z’s conservatism. And because Christian’s TikTok account has become a popular gathering place for people who think the Confederate flag design makes for lovely wallpaper, he’s well on his way to being the number one clout chaser for white people who only like Black people who are willing to figuratively and literally serve the Kool-Aid for their seat at the table.

The problem is, Herschel Walker’s son’s social media tomfoolery only proves one thing—that like most young right-wingers, Christian rarely ever actually knows what the f*** he’s talking about.

On Tuesday morning, the Walker for young people whose parents think Jim Crow was a fine American who gets a bad rap because of Critical Race Theory took to Twitter to be loud and wrong about crime in blue states.

So, besides the fact that I’m pretty sure he meant “crime-infested” but failed to get it right because apparently red states lack reading and writing-infested people, there’s the fact that Christian does attend UCLA, which is incidentally located in one of those “literal hellholes” he supposedly hates so much. (He’s also clearly misusing the word “literal,” but whatever.) Then there’s the fact that his father is running for office in Georgia, a state that turned blue last year.

According to the World Population Review, the top eight U.S. states with the highest crime rates per capita include Arkansas, Alaska, Alabama, Mississippi and South Carolina. For those who aren’t doing the math at home, that means five out of the eight most crime-ridden states are redder than the Walker family MAGA hat collection.

So basically, Christian Walker is on the right path to becoming a young conservative sweetheart seeing as just saying things and pretending they’re correct has become the Republican way. 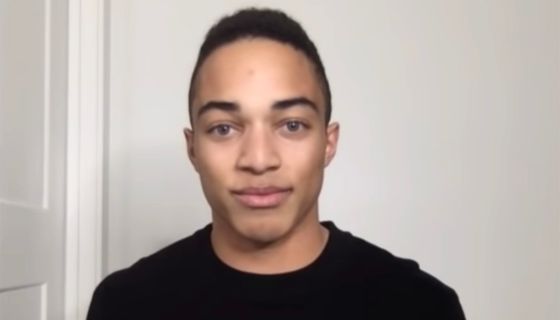