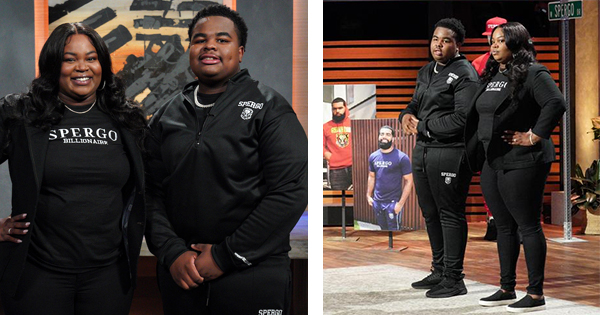 Trey Brown, the 15-year old founder and CEO of clothing brand Spergo, recently pitched his business idea on Shark Tank and inked a deal with businessman and investor Daymond John for $300,000.

The investment, which is in exchange for 20% equity of his company, will be used in hiring a fashion designer, upgrading the brand’s e-commerce technology, and preparing for more production, according to Sherell Peterson, Trey’s mother and COO of the company.

The deal was ideal for the two who both started their entrepreneurial journey at a young age. Trey launched Spergo at the age of 12 with the help of her mother while John also founded his brand FUBU in his mother’s house and became a young CEO in the 90s.

Moreover, Trey revealed that Daymond John was also one of his inspirations as an entrepreneur. He said he is thrilled to team up with the person whose books he used to read in his free time before.

Prior to this recent deal, last year Trey also received a $25,000 grant from Diddy that he used to fund the opening of Spergo’s first three stores. With all these achievements, his company is projected to acquire $2.2 million in 2021 sales.

For more information about Spergo and/or to order online, visit Spergo.com