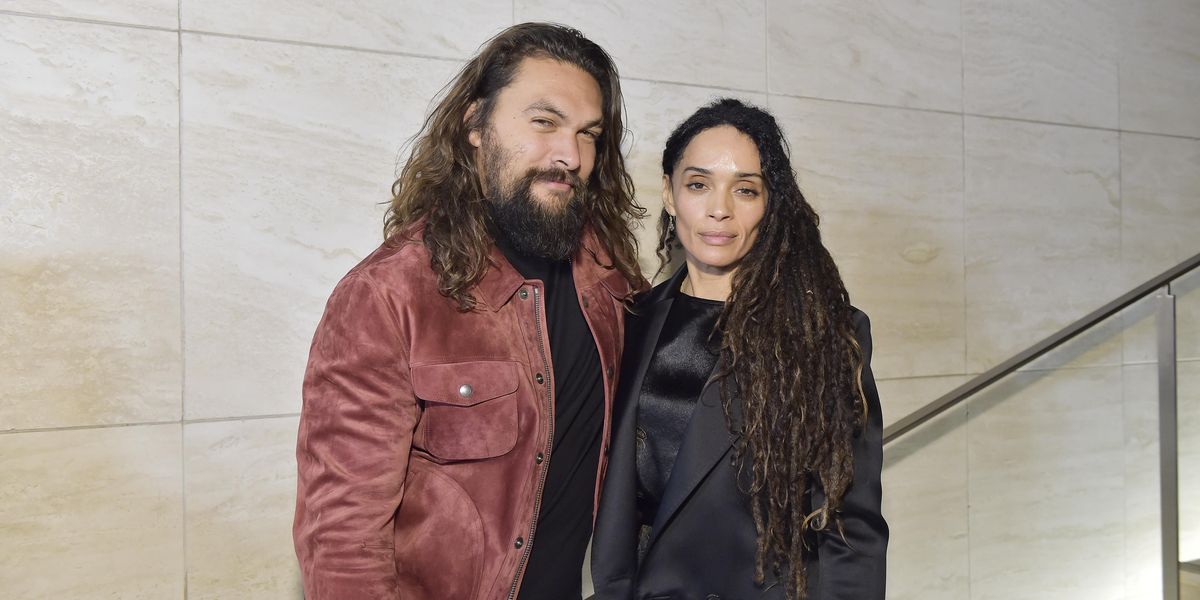 By now we have all heard the sad news that Lisa Bonet and Jason Momoa have decided to split. The couple were married for five years, but together for 16 years and share two kids, Lola, 14, and Nakoa-Wolf, 13. The couple made the shocking announcement via Jason’s Instagram as Lisa doesn’t have social media.

“We have all felt the squeeze and changes of these transformational times… A revolution is unfolding ~and our family is of no exception… feeling and growing from the seismic shifts occurring,” read the caption. “And so~ We share our Family news~ That we are parting ways in marriage. We share this not because we think it’s newsworthy ~ But so that~ as we go about our lives we may do so with dignity and honesty.”

The caption continued, “The love between us carries on, evolving in ways it wishes to be known and lived. We free each other ~to be who we are learning to become…Our devotion unwavering to this sacred life & our Children”

While it seems that the couple noted that the pandemic affected their relationship as it has with countless others we’ve seen.

We want to reflect on happier times. Both Lisa, 54, and Jason 42, were often gushed over for being a sexy-looking couple, but they also have shared cute moments together and even said cuter things about one another. See below:

Jason Revealed That Lisa was His Childhood Crush

[embedded content] During his 2017 appearance on The Late Late Show with James Corden, the Aquaman actor opened up about his longtime love for The Cosby Show actress.

“I’m a full-fledged stalker,” he added jokingly. “I didn’t tell her that until we had two babies, otherwise, I’d be creepy and weird. But yeah, [I’d] just always wanted to meet her. She was a queen, always.”

They Had Their First “Date” on the Same Night They Met

​Jason went on to discuss how he and Lisa met at a jazz club while talking to James Corden.

“We just happened to be in the right place at the right time,” he said. “I actually had dreaded my hair for her. I had dreadlocks, she had dreadlocks. I literally turned around and I see her and she goes, ‘I’m Lisa.’ I turned around to my friend and I [pretended to scream]. I had f—ing fireworks going off inside, man. I convinced her to take me home because I was living in a hotel.”

They ended up going out for a bite to eat and he said, “the rest was history.”

​In 2014, the former couple starred in the film Road to Paloma, which was written and directed by Jason, and the Sundance TV series The Red Road.

When the actor was asked about working with Lisa, he said, “It’s an honor. In this business, we have to travel so far away from our families. We have two children, so if we can work together, that’s awesome.”

[embedded content] In August 2020, Jason surprised Lisa by restoring her 1965 Ford Mustang, which was the first car she ever bought.

The Game of Thrones actor shared the process of the car being restored and the actress’ reaction on his YouTube page. “To be in this passenger’s seat with my wife here and surprise her and our babies in the back, riding in her first car from when she was 17? I’m excited to see her face.”

While carrying her on his back, Jason walked Lisa outside for the big reveal. “That’s beautiful! Holy cow,” she said. She continued to make remarks here and thereafter the surprise, “That is gorgeous… Not too flashy, but just enough.”