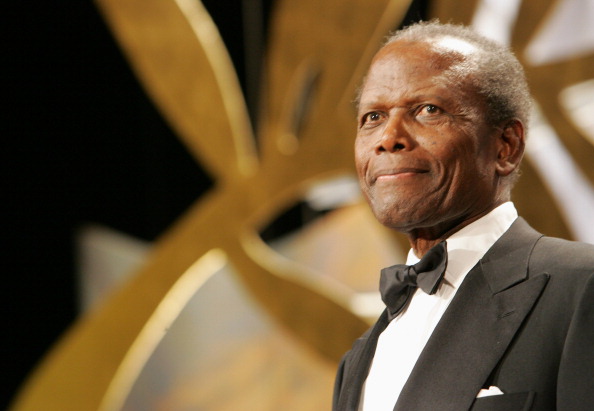 Bahamian actor, director, writer, and diplomat Sidney Poitier, has died at the age of 94. His death was confirmed by multiple Bahamian news outlets as well as the Bahamian Minister of Foreign Affairs. As of now, there has been no announcement to the cause of his death, but we will be updating when more information is released.

BREAKING: Beloved Bahamian actor and former ambassador Sir Sidney Poitier has died. He was 94. A Broadway play about the trailblazing career of the visionary actor was announced last month. Sir Sidney's death was confirmed by Minister of Foreign Affairs Fred Mitchell. pic.twitter.com/WVJFlog3tC

Poitier is the first Black person to win an Academy Award for Best Actor back in 1964 for his role in “Lilies Of The Field.” Becoming one of Hollywood’s biggest draws amid the racial tensions in America at the time, Poitier’s charm, his natural good looks, and silky voice made him a star. Today, we celebrate Sidney Poitier on his 94th birthday.

Poitier was born in Miami, Fla., in 1927 while his Bahamian parents were visiting the States. Growing up on Cat Island in the Bahamas, Poitier later moved to the bustling capital city of Nassau with his family. As a teenager, he was sent back to Miami to live with his brother.

At 17, he traveled to New York City and later joined the Army. After working a series of odd jobs and learning to read from a Jewish waiter, Poitier would land a spot with the American Negro Theater. In exchange for his janitorial services, Poitier received acting classes from the theater.

Filling in for fellow stage actor Harry Belafonte, Poitier would get his big break acting in the production “Days Of Our Youth.” In 1946, he made his way to Broadway debut acting in the production “Lysistrata “to critical acclaim. Poitier moved on to film work in 1950, starring in the film “No Way Out” and breaking out as a potential star in the film “Blackboard Jungle” in 1955. Poitier’s film work was noticed by his peers, gaining Poitier an Academy Award nomination for his role in “The Defiant Ones” in 1958.

However, it was his role in the 1963 film “Lilies Of The Field” that landed him the historic Oscar win for Best Actor in 1964. From there, Poitier would go on to star in a run of successful films, such as “Guess Who’s Coming To Dinner” and “In The Heat Of The Night.”

After a brief hiatus, Poitier returned to film in 1972 and made his directorial debut alongside Belafonte in the western “Buck and the Preacher.” Belafonte would also join his former American Negro Theater compatriot later in the 1974 comedy “Uptown Saturday Night” with Bill Cosby. In 1980, he directeed Richard Pryor and actor Gene Wilder in the film “Stir Crazy.”

Poitier took smaller roles in the ’80s and ’90s, most notably portraying anti-apartheid leader Nelson Mandela in the film “Mandela and de Klerk” in 1997. Retiring from acting, Poitier penned an autobiography “Measure Of A Man” and released the book in 2000. Poitier would win a Grammy Award for Best Spoken Word Album for an audio version of the release. In 2008, he released a book of advice and reflection styled as letters to his great-granddaughter titled “Life Beyond Measure: Letters to My Great-Granddaughter.”

Among Poitier’s many achievements, he is also an ambassador of the Bahamas to Japan and also UNESCO. In 2009, President Barack Obama awarded Poitier with the Presidential Medal Of Freedom. Poitier also received the Film Society of the Lincoln Center’s Chaplin Lifetime Achievement Award in 2011.

Sidney Poitier’s ascent from the small stage to the big screen is an impressive tale of hard work, steady focus, and even a small stroke of luck. Poitier has delivered enough impressive performances to last until the end of time.

The entertainment world took to social media to pay their respects to the late Potier.

The moment Sidney Poitier became the first Black actor to win the Academy Award for ‘Best Actor’ in 1964. pic.twitter.com/5cqCINkQ7K

RIP to one of the Gods of Cinema, Sidney Poitier pic.twitter.com/Ol7FJmfXly 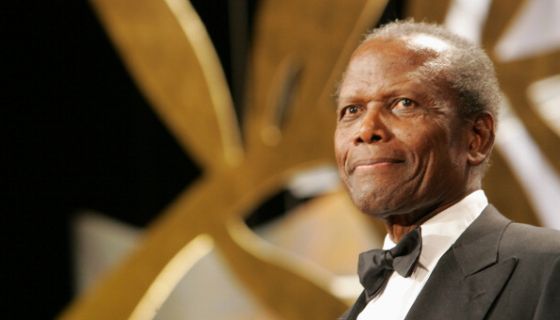