A road rage killing of a Black man in North Carolina this week could result in hate crime charges against a suspected white supremacist who has in the past been accused of using racial slurs. In addition, video footage from the incident suggests the shooter’s son may have helped his father or, at the very least, known the fatal shotgun blast was coming, according to a new report.

Roger Dale Nobles, a 51-year-old white man, is facing first-degree murder charges for the shooting of Stephen Addison after the two of them had their confrontation on a road in Fayetteville on Monday. It was unclear exactly what led up to the shooting.

This is STEPHEN ADDISON. A Veteran, Father, Husband & a VICTIM.
My nieces & nephew will no longer be able to hug, learn from, or hear their father’s voice for the rest of their lives

My sister has to raise their kids without her husband! Lord give our family the strength

However, security analysts who viewed a six-second video from the shooting implied that Nobles’ son may have also played a role in the killing. They determined that Roger Dale Nobles Jr.’s body language suggested that he may have known his father was going to shoot Addison, who was a 32-year-old veteran, husband and father.

One security analyst said, “it appears that Nobles Jr. anticipated the shooting and cleared a path for his father to fire shots,” local news outlet WRAL reported. “Nobles Jr. got out of the truck to confront Addison, and Nobles Sr. fired a gun from the driver’s seat, police said.”

Nobles Jr. reportedly also “didn’t flinch” when the shotgun blast rang out, also suggesting he was prepared for a shooting.

The video also reportedly showed that Nobles Jr. “did not turn to his father and did not appear surprised” following the shooting, nor did he try to render any aid to Addison.

It was not immediately clear whether Nobles Jr. would be criminally charged in the case.

Cumberland County District Attorney Billy West did not eliminate the possibility of hate crime charges against Nobles and said he and his team were still reviewing evidence.

“If the evidence warrants that type of charge, it’s certainly something we would look at and pursue,” West said.

It was also not immediately clear what role race may have played in the shooting.

However, one of Nobles’ neighbors — a Black woman — said he has terrorized her and WRAL reported that “he has used a racial slur against her.”

Shahara Chance described Nobles as a menace to society.

“He done drove in my yard and took pictures of me on my porch,” Chance told WRAL. “He’s shot his gun in the air telling me to turn my music down. I done been through hell with this man.” 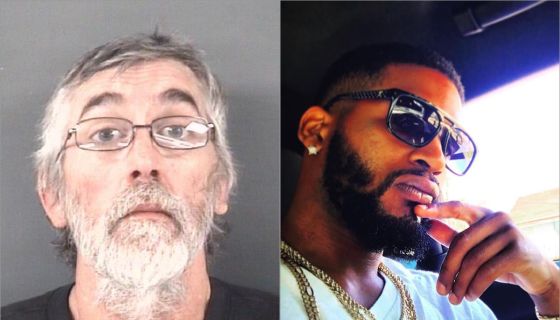