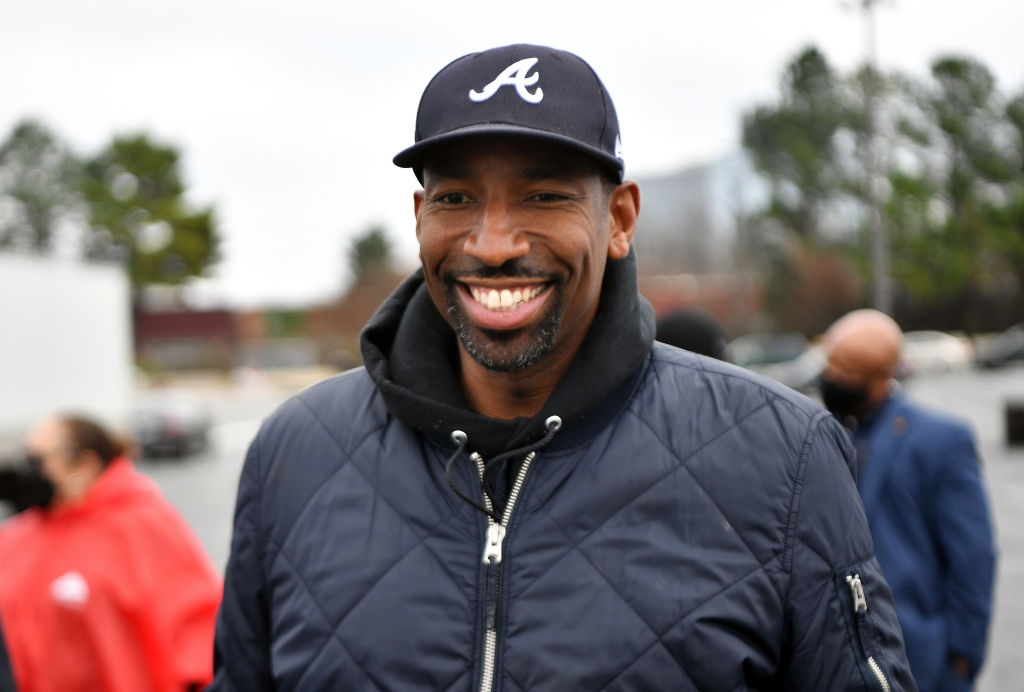 Representation is the most efficient path to change. If we are not in the room, how can we be a part of the conversation? Being represented in politics on national level is very important, but if we want to see the changes that we deserve in our communities, it start at the local level. In 2022, black men and women all over the country were elected to represent their cities. Check out some of the black mayors who have been sworn into an office in 2022.

Mayor Dickens faces many challenges ahead but says he is ready to take them head-on. “Each mayor had their burden and mine is to bring us together to form a safe the thriving city,” Dickson said during his inauguration speech.

Dickens, who beat Felicia Moore in a runoff election in November, looks to make public safety his top priority. He already has plans to beef up the lighting around Atlanta to make the city safer.

47-year-old Dickens has already pledged to add 250 police to the Atlanta Police Department in his first year in office. His plan called “SAFE Streets Atlanta,” will target violent gang leaders and create a task force that will tackle gun trafficking. The addition of more officers will also come with training every APD employee in racial sensitivity and de-escalation technique.

We are a city of great neighborhoods, great people, and great institutions. From the C.T. Martin Recreation Center to the Grant Park Farmers Market. From the Peachtree Hills to the rolling hills of Cascade Heights. From Little Five Points to Summerhill. pic.twitter.com/H4go7qwxpR

Dickens also plans to increase affordable housing, improve Atlanta’s failing infrastructure and give residents the tools to help them qualify for high-paying jobs.

During the inauguration, he denounced the Buckhead City movement saying, ”We don’t need separate cities. We must be one city with one bright future.”

Dickens is an Atlanta native who earned an engineering degree at Georgia Tech. He then earned his master’s degree in public administration at Georgia State University.

Before his time in politics, Dickens worked for TechBridge, a nonprofit that tries to use technology to aid other charitable groups.

Now Dickens looks to write a new chapter for the city of Atlanta. Young, energetic, and ready for change, his vision is demanding but clear. Now Atlanta just needs action and hopefully, Dickens will bring it. 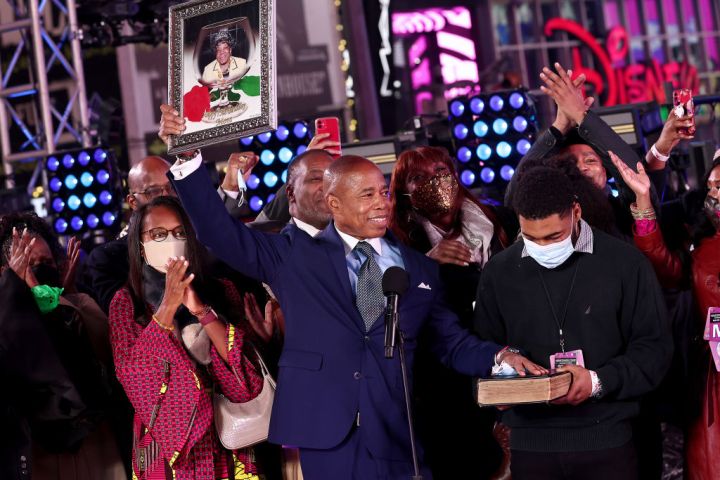 Source:Getty Eric Adams was sworn in as the 110th mayor of the city of New York on January 01, 2022 in New York, NY. He is just the second black mayor in the city’s history and the first black mayor in over 30 years. Adams’ main focus will be helping the city get through its record number of COVID cases due to the omicron variant. The retired NYPD officer has also pledged to tackle the cities transportation issues by building 150 miles of new bus lanes and 300 miles of protected bike lanes. He also wants to build 15,000 units of supportive housing by 2025

Mayor Jaime Kinder bangs the gravel for the first time… The first female mayor, first Black mayor in the history of Meadville pic.twitter.com/HwaAMv7ZE1

Jaime Kinder was sworn in as mayor of Meadville, PA on January 3, 2022. She is the first woman and first Black person to ever serve as mayor since the city was incorporated in 1866. Mayor Kinder plans to prioritize Meadville’s downtown business district, more transparency in city government, and housing.

“We want to make sure that Meadville is about backing and promoting our downtown,” said Kinder during her press conference. “They’re a priority here.”

Vivian McKenzie was sworn in as the Mayor of Peekskill, NY on  New Year’s Day. She is the first black woman to elected mayor in the city’s history. Although Mckenzie is new to the role, she isn’t completely green to its duties. She served as deputy mayor for the last two years and already has a vision for the city.  McKenzie plans to provide better city services, safer streets, better care for seniors, and pursue economic development for better paying jobs.

“I am committed to working with the council to create a vision for our city to continue to move us forward. I will not be perfect but I will be honest, humble and  diligent in serving you, in this great city of Peekskill,” said McKenzie during her ceremony.

It’s been a great day as we celebrated the historic inauguration of Mayor LaRhonda Patrick. Continued blessings & prayers for her, her husband Aaron, and their entire family. Let the work begin! @LaRhonda4Mayor @FBBC31093 #warnerrobinschronicles #proudpastor pic.twitter.com/WeayZx1hCR

“Being the first of many always comes with some pressure, and I feel the pressure but I also feel the pride,” said Patrick during her swearing in ceremony.

“This is our city. This is our future. We’ve made history, but together we will write a beautiful future.”

I am proud to be sworn-in for my 5th term as Mayor of the City of Buffalo, and honored for it to take place in the exact spot where Theodore Roosevelt was sworn-in as the 26th President of the United States. pic.twitter.com/nXzVMgQnfW

Byron Brown was sworn in as the mayor of Buffalo for the firth time. He has spend 17 years and City Hall. Brown’s agenda for the next four years in office include more development in Buffalo’s neighborhoods, affordable housing, inclusion, and diversity. Although he is a listed as a Democrat, Brown identifies as a centrist and hopes his ideas will help bring people together.

“I’ve always been a centrist,” said Brown during a press conference at his inauguration. “I think in this election that we just came through, the majority of the people in this community, in this city, were saying that they wanted someone who was in the middle. They did not want a socialist, they did not want a far-left entity. But at the same time, we have seen the destruction from the far right, so I’m going to continue to focus on the middle and bringing people together to get things done.” 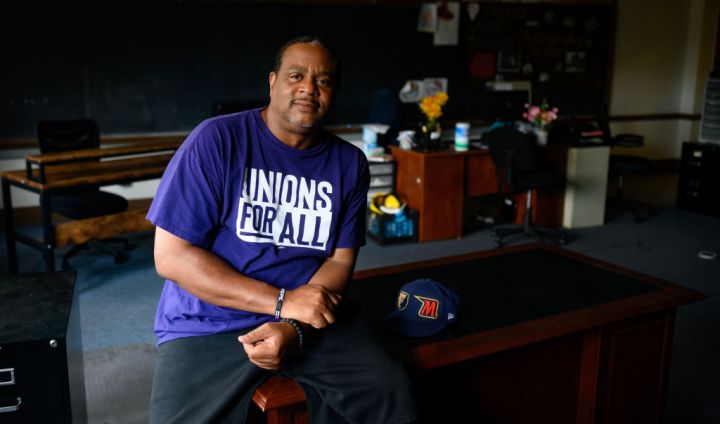 Ed Gainey was sworn in at the 61st mayor  of the city of Pittsburgh on Jan 2, 2022 in Pittsburgh, PA. He is the first black mayor in the city’s history. Gainey, who is dedicated to diversity and inclusivity,  says his main agenda is to make Pittsburgh a safe, affordable and diverse municipality.  He also spoke about improving social safety nets, universal pre-kindergarten, and mending relationships between the police and the community. 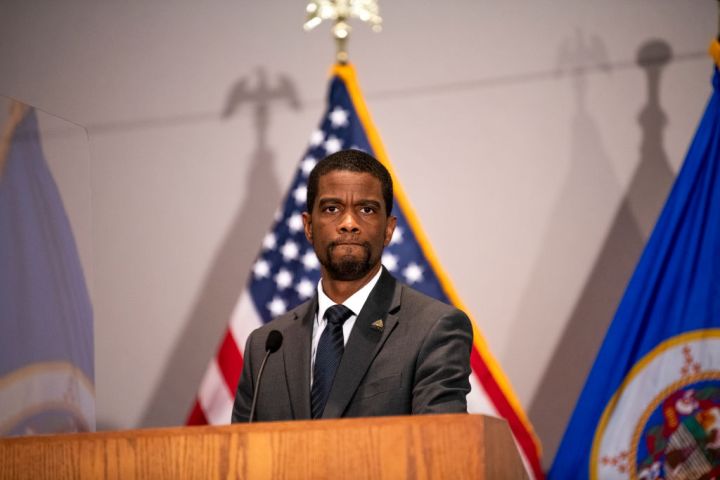 Melvin Carter was sworn into his second term as mayor of St. Paul, MN four years after being elected the first black mayor in the city’s history.  With the city still reeling from the COVID-19 pandemic and the 2020 riots from the death of George Floyd, Carter looks to raise the cities minimum wage, as well as refocus resources towards public safety.

Ken Welch is the black person to be elected mayor of St. Petersburg, FL and he will be the city’s 54th mayor. Due to a positive COVID-19 test, his inauguration has been postponed, although he is still scheduled to begin work in City Hall on Jan 10.

“Though we will not be able to celebrate in person, let us keep front of mind the significance of the day, he said in an interview. “The day that we begin a journey together, as one community in one city, toward inclusive progress. We will have much more to celebrate together in the years to come.”

Elaine O’Neal was actually sworn in as mayor of Durham, NC on December, 6, 2021. She is the city’s first Black female mayor. In her 100-day plan she stressed the importance of supporting the youth of Durham with recreational, physical, and mental health services.

“I love Durham, and I promise to serve them well, to the best of my ability, but I’m also asking them to commit to serving the community well, too,” O’Neal said during an interview at her inauguration.

“People will always have some kind of reservation … but will get to know you, listen to you and see who you are through that,” she said during a speech at her inauguration. 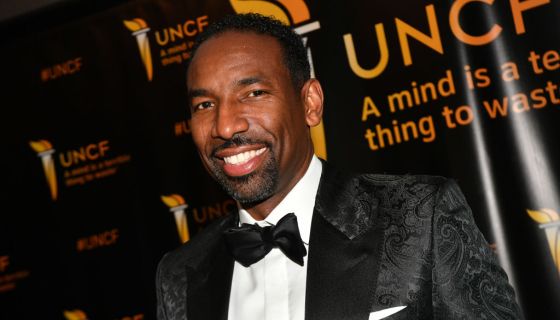