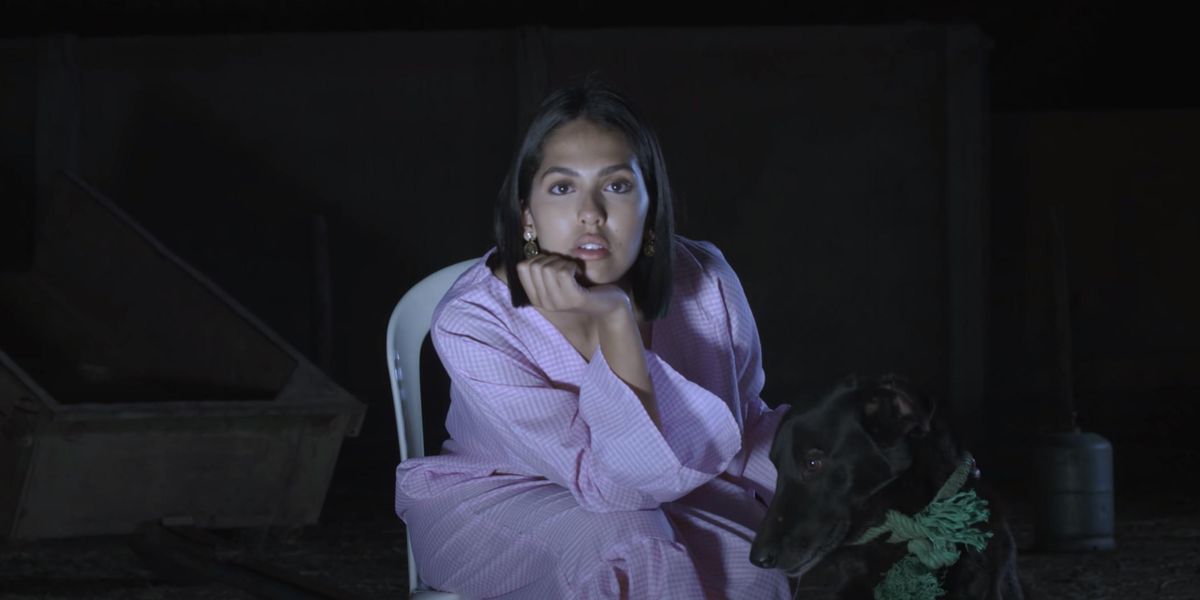 North Africa is establishing artists that are managing to reach out to audiences like never before. Whether it be gigantic world-wide conquering bangers, to bedroom recordings inciting online fandom, the region’s artists continue to grow in confidence and stature.

Here are some standout North African tracks from the past year for your to check out — inclusions span artists from Egypt, Algeria, Tunisia, Morocco, Sudan and more.

[embedded content] It can be a curse to rise to the giddy heights of relative fame, only for your fans to proudly and incessantly state how much they liked your earlier stuff more. Snor, I imagine, doesn’t lose much sleep over it. Permanently hidden under a balaclava, this Moroccan trap star churns out hits that come bumping at you like big puffer-jacketed arms around your shoulders. In the fantastic opium dream of a video for “Hkaya” he’s dressed in cartoon-like haute-couture clothing that exemplifies just how far he stands out from his peers. The track itself follows a long tradition of Rai music that can’t help but be kept on auto-repeat. It’s gangster love.

[embedded content] Abo Sahar is killing it, proving that artists on the cutting edge in his country need not come from Cairo or Alexandria. Sahar hails instead from the Upper Egyptian city of El Minya where he began creating his own DIY version of Electro-Chaabi that he calls ‘Trobby.’ It is music for the people, for the streets and for parties where you literally use petrol to set the dance floor on fire. He’s literally the coolest uncle at the wedding.

[embedded content] There is an element of Jean Michel Jarre‘s ZooLook album that reverberates throughout Bab‘s buzzing four-to-the-floor jam that can be equally enjoyed while stomping on a dance floor or sprawled out ecstatic on a sofa, far from the maddening crowds. Bab has given us his version of a childhood spent at family gatherings in Algeria — long before the chemicals got involved in the mix. KashbaH’s track ‘Tunis Dance’ on the same compilation is equally as addictive.

[embedded content] Sudanese-American Dua Saleh hits you with the energy here that’s the equivalent of slowly coming-to at a party that’s kicking off all around you. It’s a track that surprises, slithers and grows on you like a second skin. A filthy groove that becomes practically indecent by the time Amaarae comes in. Check for the Crossover EP, it’s next level.

[embedded content] When ElGrandeToto dropped his album Cameleon he went from being big in Morocco to a star across the whole continent. His single “Mghayer” exploded earlier this year, making his Complain-Trap style smash numbers that any artist on the planet would find hard to rival. Representing Casablanca, his is the sound of cruising down the Atlantic coast as the Arab world’s most-streamed artist of 2021. The inevitable star-studded collaborations lie in wait.

[embedded content] Issam may not attract the same commercial success as some of his peers, but he has opened the doors for many who look to him as an innovator and an artist of uncompromising integrity. With Issam, there is furious hope in every beat and drop, and tenderness where you would expect aggression. Born in Derb Sultan, one of Casablanca’s most notorious neighborhoods, he tells it how it is on Crystal — a groundbreaking album that many will refer to in the future.”Hada Rai”s original take on traditional rhythms bangs with a modern production that will have you bouncing around the room.

[embedded content] Manal’s riff on Ed Sheeran‘s “Shape of You” was well awaited by her fans who have seen her go from posting songs on YouTube to obliterating the charts across the Arab world. Her pop sound may seem frivolous but it’s always accompanied by a feminist message beamed straight into the cortex of the young girls that adore her. In this video for”Call Me,” she plays with the traditional imagery of village life in the Atlas mountains as romantic teenage thoughts veer off into the heartache of obsession, not once losing the smile on her face.

[embedded content] Not just for anyone overly obsessed with a girl called “Lili,” Plylist released this in time for a pandemic summer where love still managed to conquer all. With a chorus that sounds like it was stolen from John Legend’s pillow talk, it contains the certainty of a heart that knows what it wants and is left helpless by it. With all the romance of an ocean crashing, rose water on the breeze and one hand clasped in another, “Lili” is as heartbreaking as it is a surge of joy.

[embedded content] Molotof represents Egypt in Europe like no one else right now. Playing killer sets that are introducing audiences to the abundance of talent back home. On “El Salam” he steps in as producer. Teaming up with legends of the electro-chaabi game he deconstructs Sadat and Fifty’s world and makes it reflective. It may be lean but it still packs a massive punch.

[embedded content] If there was a bigger and more joyous chorus than the one that opens Draganov’s hammer heavy album Colors, it would be dangerous. It gives more than a firm nod and twirling hat trick to the unfettered exuberance of Gnawa — it’s wholly possessed by it. The thumping kicks and ricocheting rim shots drag this genre firmly into the smoked-out world of Trap. This is a track to wake up to but also only one of many on an album that features a lot of the big names bubbling in North Africa today.

[embedded content] Hold on a minute. Is this the sound of Tunisia in 2021 or the Hacienda in 1991? This is the kind of acid breakbeat that will have your eyes rolling back to their whites as you’re hugging strangers and telling them you love them. ‘Shake your asses’ says the robot and you do. Proper computer love.

[embedded content] Samara’s place in Tunisian pop culture is starting to hold some serious weight. His latest video is a tortured dive into the universal trap lifestyle of tattooed hands, expensive watches and, yes, rolling in jeeps with other serious men. The track itself is as slick as sliding into a jacuzzi filled with massage oil.

[embedded content] Coming with this late in 2021, U.S-based Sudanese Hoosh dropped a feel good summer love song just in time for the holidays. No matter, it’s glorious. The video is an ode to a lothario finding love for once in an otherwise blizzard of meaningless sex. Let’s hope it sticks around.

[embedded content] Duck It Records are a cutting-edge label run by Algerian artist RSlane. His mission is to promote house and techno culture in his home country, releasing tracks that need not reflect the trad sounds of an ancient past. The label instead forges ahead with a determination to fight for dance culture in his region and to party as they please. His remix of Pumpkin does that with arms around you and a big gurning face.

[embedded content] Electro-chaabi doused in the petrol of Jamaican dancehall. Wezza Montaser delivers seriously self-possessed vocals over sensimilla-driven beats. “Darawa” is a moody prowl through a party in Cairo that you may not have been invited to but you’re going to have a fun time at anyway. Montaser has an attitude that is hard to ignore.

[embedded content] Azu Tiwaline makes music for where Berghain meets the El Djerid region of southern Tunisia. Desert trance music that aches to be mystical. If you have ever found yourself coming down in a dune at an illegal trance rave on the edges of the Sahara then you know exactly what her 2020 record Draw Me A Silence was all about. This year, Tiwaline released “Nissa,” a bumpy and squelchy take on confidently exploring the outer realms of consciousness with echoes to 1980s art school in NYC. It’s enough to make you want to burn an Ozric Tentacles album.