Throughout the country there are physical structures embedded in the fabric of African American history; the walls of these spaces harbor stories that illustrate Black resilience and Black joy. The National Park Service is making a concerted effort to ensure these historic sites are around for generations to come. According to the Michigan Advance, the site of Vaughn’s Bookstore in Detroit has received a preservation grant from the NPS.

The bookshop—which was operated by Michigan politician Ed Vaughn—was the city’s first Black-owned bookstore. Vaughn—who served in the state’s House of Representatives during the 70s and 90s—opened the store in the early 60s. In the midst of the civil rights movement, Vaughn’s Bookstore quickly emerged into a pillar within the community; serving as a space for Black authors and poets to share their work and also becoming the backdrop for meetings hosted by leaders within the local neighborhood. Over the course of its nearly 40-year existence, the store had many lives. It shuttered in 1967 following the civil unrest in Detroit, but Vaughn eventually reopened. No matter how many times he reinvented the bookshop, he stayed true to his initial mission of celebrating Black literature and making it accessible. Vaughn’s Bookstore shuttered during the late 90s.

“Vaughn’s Bookstore was certainly something that was new in the community. There had not been a bookstore here before,” Vaughn shared in an interview. “I got into the business because I was looking for a book called “A Hundred Years of Lynchings” by Ginsberg, and I was told downtown that they didn’t have the book in stock and I decided that I’d see if I could find it. When I found it and my friends at the post office said that they’d like to read that and other Black books, I began to order them and sell them out of the trunk of my car. Then I opened Vaughn’s Bookstore and we were beginning to sell books rather briskly, people were asking questions, and that was pretty much the mood around the bookstore. There was a consciousness that was being raised throughout the community.” The National Park Service awarded $15,000 to conserve the site as part of a larger preservation initiative that will support 17 projects across 14 states.

In recent years, the NPS has unveiled initiatives designed to preserve historic spaces on HBCU campuses. In 2020, the agency announced $7.7 million in grants will go towards the restoration and conservation of those structures. 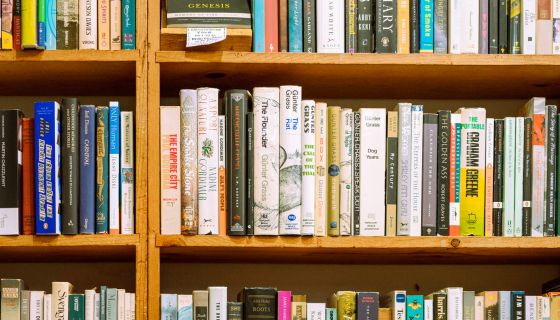