In a storyline that has become all too familiar in recent years, there is growing outrage in a Minnesota community more than a week after local cops killed a Black man possibly suffering a mental health crisis who friends and family described as “innocent” and not deserving of being a victim of such police violence.

On Thursday, protesters gathered in the city of Austin — about 99 miles south of Minneapolis — to demand justice for the fatal police shooting of Kokou Christopher Fiafonou, an immigrant from Togo in West Africa who cops killed in the parking lot of a convenience store on Dec. 23.

The official police narrative is that Fiafonou approached and threatened officers with a machete. But without any bodycam footage to corroborate those claims, protesters on Thursday expressed their doubts that Fiafonou would ever do such a thing, according to local news outlet KARE 11.

Police say that witnesses claim they saw Fiafonou walking in traffic while holding a machete. When the cops responded, they reportedly used their Taser guns to no avail as Fiafonou was able to flee to his residence. He was shot and killed after he later merged from his home and walked to the convenience store, police said.

Loved ones said that shooting and killing Fiafonou wasn’t merited.

This is one of the photos Kokou Christopher Fiafonou's family shared of him pic.twitter.com/HBeNFEEHeD

Kossi Adayi, one of Fiafonou’s cousins who lives in Austin, started a GoFundMe account to help pay for a funeral. He said Fiafonou was affected by “recent disabilities” and “had a job and was a very nice man and put a smile on everyone’s face.” Adayi said police were “harassing” Fiafonou “and eventually murdered him.” He wrote on the GoFundMe that Fiafonou “was walking home praying out loud to himself” on Dec. 22 when officers with the Austin Police Department stopped him for being loud and harrased [sic] him and followed him his whole way home, instead of helping him because he has a mental disorder.”

After police used a Taser on Fiafonou, Adayi said his cousin ran home “scared for his life.” He said after police eventually left Fiafonou’s residence, they “came back the next day with more law enforcement back out instead of doctors from the hospital to help him.” Adayi said police “broke every single window in the home” and “put enough tear gas and smoke bombs in the house that it’ll kill him.”

The home’s electricity and gas were shut off, Adayi said, prompting Fiafonou to eventually leave his home to go to the convenience store for food for himself and his dog. That’s when Adayi says police “instantly shot [Fiafonou] multiple times in the chest because they thought his grocery bags were a gun or a weapon.”

Antoinette Smith, the wife of one of Fiafonou’s cousins, said there’s no way he was guilty of what police said he did.

“He was a peaceful man. He was a godly man,” Smith said Thursday. “They took an innocent man’s life. We don’t get justice. We will never have peace!”

Flowers and candles have been placed in the parking lot of the Kwik Trip where Kokou Christopher Fiafonou was killed. Tweet by @ecutts_PB pic.twitter.com/mdRhBNTpYd

The Austin Police Department does not require its officers to wear body cameras, so their narrative is the only one on record. Protesters on Thursday demanded the release of any video recorded from officers’ dashboard cameras, which have reportedly been confirmed to exist.

“Austin Police Department, release the video right now! If you’ve got nothing to hide, release everything you’ve got!” protesters said during the demonstration outside of the Mower County Law Enforcement Center.

CW: violence against protesters
.
.
.
From someone on the ground in Austin,MN where people are demanding Justice for Kokou Christopher Fiafonou- this person just tried to hit protesters. pic.twitter.com/OoTKz3XJwa

Fiafonou’s brother described him as a religious man who may have been killed mistakenly.

“I don’t know what happened to my brother,” David Kodzode said Thursday. “The last time we were together Kokou Christopher would begin each day with prayers. I think they just killed an innocent man.”

Fiafonou’s killing came on the same day former Minnesota police officer Kim Potter was convicted of manslaughter for killing 20-year-old motorist Daunte Wright. Potter maintained that she confused her Taser for her gun when she shot Wright. Video from bodycams and dashcams played during Potter’s trial were vital for her conviction.

Arizona Police Officer Who Fatally Shot Man In Wheel Chair To Be Fired…But That Ain’t Enough! 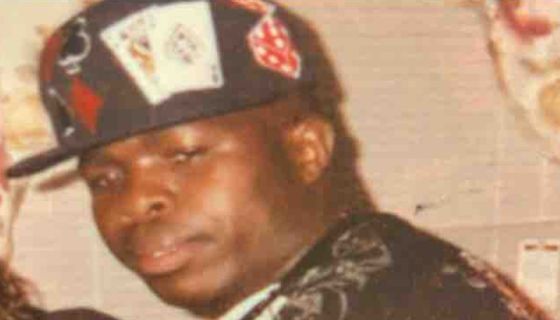