Cynthia Bailey’s husband, Mike Hill, recently stirred up a big debate on Twitter after he claimed that depictions of successful Black men were underrepresented on TV shows in comparison to Black women. 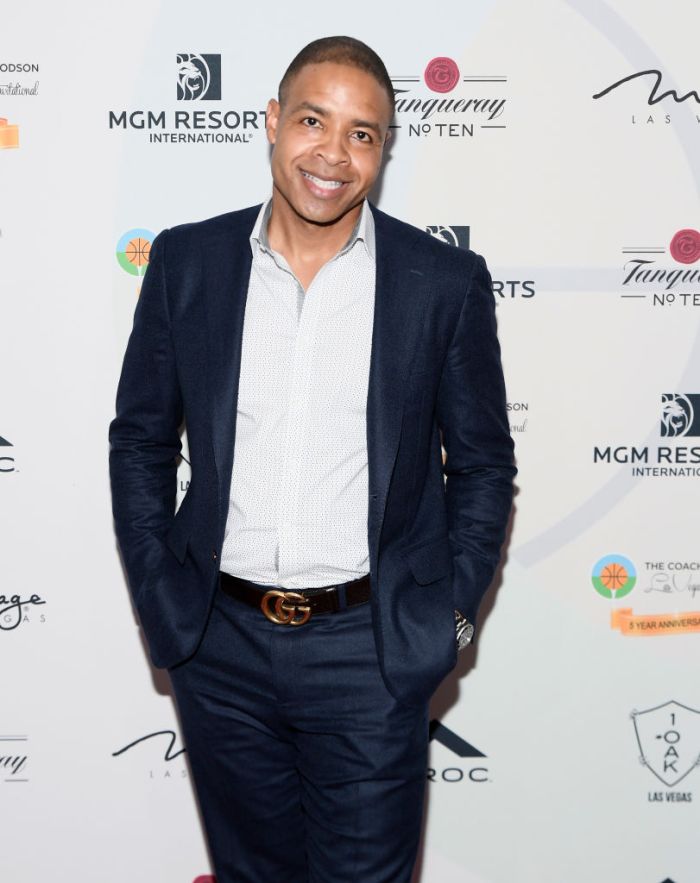 To prove his point, Hill challenged his followers to name one sitcom or show where a group of well-to-do Black men and their relationships are portrayed.

“We’ve had Living Single, Girlfriends and Insecure…shows about positive black women & their relationships with each other. Has there ever been a good, successful tv show about black men like this? (One that lasted at least 4 seasons?),” he tweeted.

Hill went into further detail about his theory in a follow-up tweet:

“Now that I think more about it, and I read some of your responses, this is problematic for me,” he continued. “Now I need to know “why” there hasn’t been one. I do like where that show Johnson is going.”

The Black News Channel host’s accusations elicited an outpour of response from social media goers, with some claiming that there was a bevy of TV shows that already center around the narrative.

“The Grand Crew on NBC focuses on four Black college-educated Black men who live in Los Feliz and Silver Lake Opens with Garrett Morris discussing the stereotypes people have about Black men, “layers, y’all! Our multitudes have multitudes!” @IfMarysFitCouldTalk tweeted.

Another Twitter-goer mentioned UPN’s Black sitcom, Between Brothers. The show aired for two seasons back in the late 90s and followed four middle-class African American men in their late twenties living in Chicago.

“There was one called ‘Between Brothers.’ It starred Kadeem Hardison, Dondre Whitfield, Tommy Davidson, and Kelly Perine. It was pretty good. I too wish that it lasted longer,” @KeshisCuties chimed in.

Turns out Hill was already a fan and he said he liked where the show that’s returning to Bounce for a second season was going.

“Black men aren’t seen as worthy consumer market/demographic, thus TV shows aren’t developed for us…” wrote another person on Twitter. “Black Women control the vast majority of spending in the Black home/community ($800 Billi), thus content is crafted for that demographic… “

While that comment, in particular, could certainly be debatable, a second user echoed a similar sentiment:

“You want a show exhibiting complex, multi-dimensional, vulnerable Black men? Is there a market for that? Would Black men watch a show that may hold a mirror to the shadow side of their personalities?”

Others urged Hill to take action and create a show that features a positive Black male storyline.

“Well create a show, Mike,” wrote one Twitter-goer, to which Hill replied:

The sports journalist clarified earlier in his string of tweets that the debate wasn’t to knock any of the great shows that feature powerful Black women-led narratives. Hill said he’s just curious as to why Hollywood won’t “green light” both storylines.

What’s your stance on this issue? Chime in on the discourse below!