At this point, it’s not even much of a controversial thing to say the GOP has a white supremacist problem. But to be more specific, the Republican party has an issue with MAGA-fied conservatives who don’t actually know anything about anything getting elected to office by MAGA-fied voters who also don’t know anything about anything. That’s how Georgia got stuck with Marjorie Taylor Greene, and if Michigan Democrats don’t stay on their toes, their state might get stuck with their own KK-Karen who insists on perpetuating the dumb blonde stereotype.

Well, actually, you might have already met her. Carone is most known for sitting beside former NYC mayor, disgraced attorney, perpetual L taker and damn good Penguin cosplayer Rudy Giuliani while testifying to state lawmakers that ex-President Donald Trump‘s “big lie” regarding voter fraud was not a lie at all.

Now, the woman who clout chased her way into the spotlight by dying on the hill of Trump’s thoroughly debunked “stop the steal” propaganda is dying on a different hill—the white supremacist hill of pretending white people are being eliminated in a country where the melanin deficient still represent more than 60 percent of the population and more than 80 percent of government leadership positions.

Michigan Advance reported that on Tuesday, Carone posted a Facebook Live video during which she turned up the Republican notch on condemning Critical Race Theory while demonstrating that she has no earthly idea what CRT is. But Carone decided to ramp up the crazy with a new claim that public schools and the white-as-hell U.S. government are working to “eliminate” white people in America. (I mean, don’t threaten us with a good time, amirite?)

“They’re trying to eliminate the white people in America, particularly the white male in America,” Carone said in a statement that proves the existence of Caucasian hoteps.

Again, white people are the single largest racial group in America by a massive margin—(the second-largest group, Hispanic people, are still only just over 18 percent of the population)—and if one were to throw a rock into a crowd of government officials, they would have more than an 80 percent chance of hitting someone who is genetically unable to clap on the two and four on their first try.

If our government set out on a mission to eliminate white people, it would be a massive undertaking of white-on-white crime like nothing the nation has ever seen and…

Sorry, I just lost my train of thought thinking about how Carone’s paranoia-infused nightmare is also a negro wet dream.

Anyway, it should surprise absolutely no one that an unabashed white nationalist is also a delusional person who thinks the white domestic terrorists who committed the Jan. 6, World War Whypipo attack on the U.S. Capitol were actually peaceful protesters and dutiful patriots.

We all clearly know for a fact that “every single one of them were there peacefully,” but the idea that most of the “Jan. 6 prisoners”—meaning people actually accused of committing crimes at the Capitol—were peaceful “America-loving patriots” is an obvious display of racist and unseasoned cognitive dissonance.

So basically, Carone is just another indication that the GOP has trapped itself into a corner where it will be peddling anti-intellectualism and racism to its base of racist idiots for the foreseeable future. 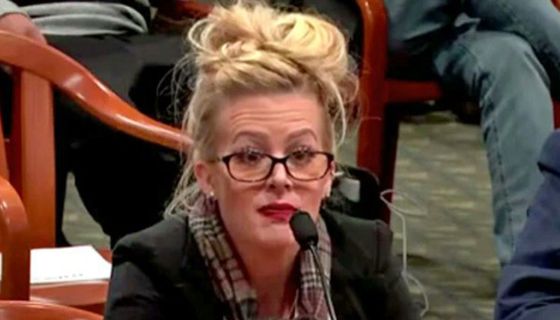