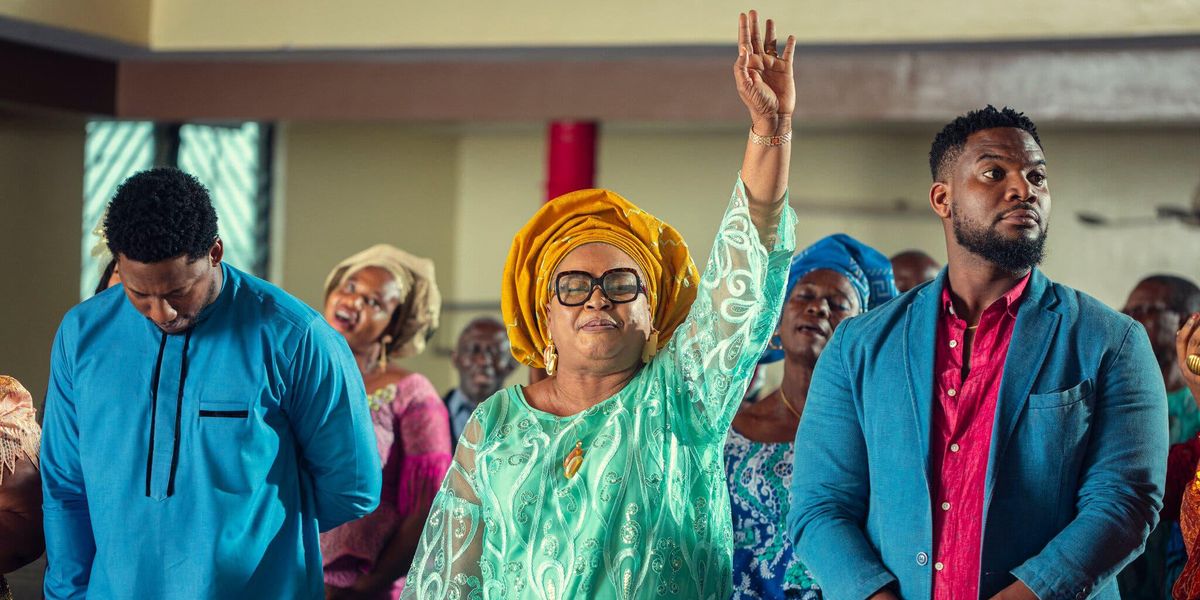 As much as food and gifts will play a huge part in the holiday festivities, warmly bringing families together and enjoying media entertainment goes along with the mood and sensibility of Christmas. Unlike Hollywood — which has a long history of generating high budget Christmas-themed films — the African film industry is yet to come fully into the holiday filmmaking economy.

It’s one thing to release random films during December, which we have routinely seen in Nollywood and other film industries on the continent. But it’s another thing to embrace the Christmas genre as a full filmmaking decision. There are viewing options out there — they just aren’t plentiful. But for now, blissfully forget bout the pandemic, and enjoy some of these Christmas movies and specials from the continent.

Shirley Frimpong-Manso has cultivated a portfolio of rom-coms and dramedies and 6 Hours to Christmas is one that invokes the festive spirit. In her romantic comedy 6 Hours to Christmas, Reggie (Chris Attoh) and his girlfriend (Marian Lempogo) have pre-planned a beautiful evening to spend together. In the hours before Christmas, Reggie receives an offer to sleep with a co-worker (Damilola Adegbite) that he has been attracted to for the longest. This offer, though, can only be redeemed in the co-worker’s bedroom.

A surprisingly tender Christmas film about Kabir (Prashantt Guptha), a medical student in New York struggling with the Christmas season because of the loss of his mother and the potential breakup of his marriage. Kabir is suddenly energized by the presence of a charming film student named Kioni (Grace Wacuka) from Kenya and their relationship leads him to rediscover the magic of the holiday.

While technically not an African holiday film, Wacuka brings a Kenyan perspective into the dynamic. Directed by Daniel Tenenbuam, A New Christmas is refreshing for not being your standard holiday romance flick.

Directed by Thabo Ntsako Mashaila, a spoiled urban-dwelling boy gets an eye opener when he is sent to spend the holidays with his grandmother in rural KwaZulu-Natal. Navigating his new environment and the philosophical question of if Santa is real, the implications of moving to his grandmother’s place begin to unfold when she tells him stories about his heritage and family traditions.

Centering the dynamic of a South African family, this Netflix holiday series sees Tumi Sello (Busisiwe Lurayi), the black sheep of the family, reunite with her family for her sister Beauty’s (Thambo Thabethe) wedding. Tumi’s presence brings a whirlwind of chaos and jeopardizes the wedding, therefore reaffirming her family’s low opinions of her. In order to appease everyone, she spends the next few days trying to fix her mistakes.

Created by Rethabile and Katleho Ramaphakela, How To Ruin Christmas arrived on Netflix last December as a three-episode installment. And after a successful season it took home 8 SAFTAs, including Best Actress and TV Comedy. This December, the series returned for a second season with How To Ruin Christmas: The Funeral, with some of the cast revisiting their characters.

Abel Mutua has recently released A Christmas Love just in time for the holiday season. Now in Kenyan cinemas, the film tells the story of a father who can’t break from the pattern of being absent from his young daughter’s life. In A Christmas Love, we see the neglect of the daughter and the toll it has on her. Will Christmas bring an awakening for the father? The film stars Grace Ekirapa, Robert Isreal Burale, Ellsey Okatch, Neema Kawa and Peter Kamau.

In Nollywood, comedian and director-producer AY Makun is almost single handedly at the forefront of making travel comedies with a schlocky charm. Directed by Robert Peters, Christmas In Miami follows AY Makun’s character Akpos and his trip to Miami for an international holiday fiesta. As usual, the shenanigans and madcap elements are brought back, enlisting other stars like Richard Mofe-Damijo and Osita Iheme. Christmas In Miami arrives at Nigerian cinemas on Christmas Eve.

The Kunle Afolayan-directed A Naija Christmas is Netflix’s first Nollywood Christmas comedy, continuing in Afolayan’s multi-project collaboration with the streaming giant. The premise of A Naija Christmas is simple: three sons are on their individual quest to grant their mother’s Christmas wish of bringing home women they will marry. Rachel Oniga, playing the mother, embodies the familiar neuroses of wanting daughter-in-laws and grandchildren in this part of the world. The sons (Kunle Remi, Efa Iwara, and Abayomi Alvins) are up to the task, their relationship devolving into disastrous plots with all the trappings of a cheesy holiday movie.