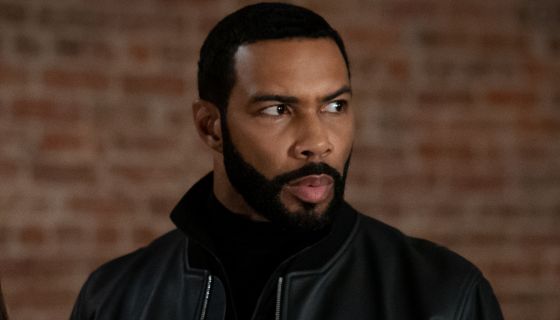 Even in death, Ghost still has a profound impact on the Powerverse that spiraled into chaos when Tariq was arrested for the murders of Detective Ramirez and Professor Reynolds in the second most shocking moment of the amazing midseason finale.

The first was easily Ghost’s note to Tariq that he instructed lawyer Daniel Warren to deliver to his son in the event that he were ever arrested.

Naturally, we thought there would be helpful information or a number to call but it was just Ghost being the pettiest father-murdered-by-his-son ever from the grave.

“I knew you’d end up here lil n*gga… right where you belong,” he wrote in one of the coldest moments in ‘Power’ history that shattered the whole entire internet.

How Tariq gets out of this jam after being framed, we have no idea, but his unexpected arrest is attached to multiple intersecting storylines that likely end with multiple characters getting knocked off by season’s end.

Between Tariq telling Monet she isn’t as smart as she thinks she is and Cane telling her she’s the problem and not Tariq ON TOP OF Lorenzo getting out without her knowing and she doesn’t know Dante is Mecca. I guess we know where Zeke gets his stupidity. #PowerBookII #PowerGhost pic.twitter.com/ellbvZYefT

As for the Tejada family, things are swerving left with Monet realizing she’s not in control at all, Lorenzo getting out of jail and Mecca making chess moves that will somehow lead back to Tariq.

There’s also that pesky little secret Monet’s keeping from Zeke, Cane thinking he’s got the best of Tariq, Lauren attempting to set up Tariq, Carrie doing everything in her power to get popped, and Davis MacLean plotting something that may have unexpected consequences.

At this point, we’re bracing for several potential plot twists and turns in the second half of what’s been a very, very good season.

What was your reaction to Ghost’s letter? How do you think Tariq will get out of this situation? Tell us down below and peep the funniest (and pettiest) reactions to the midseason finale on the flip.

Monet…walking in and seeing her husband, who’s supposed to be in a prison cell, at the dining room table. #PowerBookII #PowerGhost #PowerBook2 pic.twitter.com/0fU1MBukbu

“Monet…walking in and seeing her husband, who’s supposed to be in a prison cell, at the dining room table” – awkwardddd