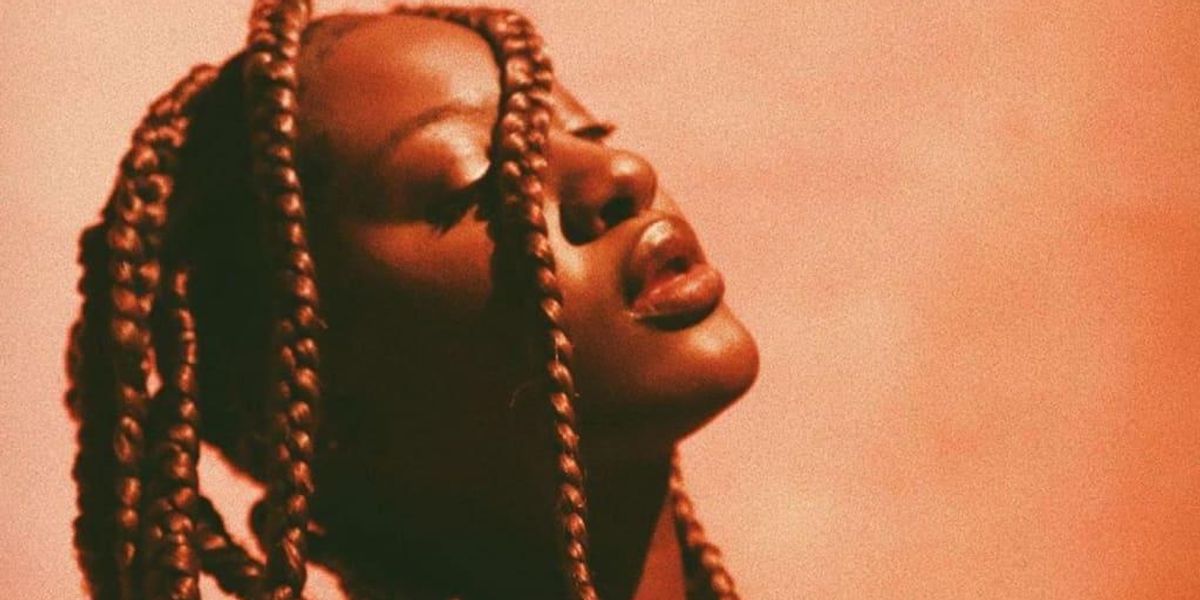 It’s been another great year for Nigerian music with outstanding releases from the country’s well-cemented stars making it far and trending across the world. 2021 has also seen the quick rise of new names to keep an eye out for in the highly-competitive Nigerian music scene.

These are our picks for The Best Nigerian Songs of 2021 below. Listed in no particular order.

[embedded content] While “Essence” technically dropped in 2020 as part of Wizkid‘s Made In Lagos album, 2021 has seen the song catapult into massive levels. Kicked off by outstanding vocals from Tems, “Essence” sees both Nigerian stars riding an undulating synth piano riff — crafted by producers Legendury Beatz and P2J — into the perfect breezy summer track. “Essence” broke records as the first Nigerian song in history to chart on the Billboard Hot 100 and the Billboard Global 200. The song received a nomination for the upcoming 2022 Grammy Awards for Best Global Music Performance. It also even got a remix from Justin Bieber back in August.

Adekunle Gold ‘It Is What It Is’

[embedded content] Back in April, Adekunle Gold shared the stunning single and music video for “It Is What It Is,” a song about acceptance and remaining calm and centered in the face of life’s adversities. “The truth about freedom is it is only found in clarity of self,” Adekunle mentions. “I believe this song is about letting yourself be free from every other voice but the one guiding you internally.” Keep your peace people.

[embedded content] What a year CKay had had. “Love Nwantiti (Ah Ah Ah),” a track recorded two years ago, was — without a doubt — one of the biggest songs across the world in 2021. It’s hard keeping up with its phenomenal and unprecedented chart success, but we know this: it was the number one song on YouTube’s Global Chart, getting an all-time Nigerian record of 73.7million views in a week. At its peak it was also the most Shazamed song in the world, number 35 on the Billboard Hot 100. and number 3 on the UK singles chart, ahead of Drake and Billie Ellish. It’s fairly easy to get caught up in the numbers, but CKay maintains a grace of humility. “I just express myself,” CKay he said in an interview with OkayAfrica. “It’s not like I’m calculating anything. I’m literally just vibing, telling my story and giving my energy to the world.”

Femi Kuti ‘As We Struggle Everyday’

[embedded content] Femi Kuti‘s “As We Struggle Everyday” was the lead song from his double album Legacy +, a joint endeavor with his son Made Kuti. The single is a politically-charged afrobeat tune about people having the voting power to hold their ‘leaders’ accountable, but often failing to do so. Throughout the song, Femi sings “As we struggle everyday We try to find a better way See these leaders wey suppose jail Na him my people dem dey hail.” Femi And Made’s Legacy+ is nominated for the 2022 Grammy Awards for Best Global Music Album.

[embedded content] Afropop star Joeboy dropped his long-awaited debut album Somewhere Between Beauty & Magic in February. He followed that up with the loose single “Sip (Alcohol),” which quickly became a runaway hit. Produced by Tempoe, the highly-addictive groove topped Apple Music streaming charts in 17 countries, reaching #2 on Genius’ trending chart and #3 on Shazam’s Global Top 200. “After the release of my debut album… I disconnected from the world,” Joeboy mentions. “In the midst of the peace and quiet I desperately craved, I was finding myself, reflecting and looking forward to the next stage of my career. While indulging and sometimes, over indulging in certain vices that have kept my mind at ease.”

[embedded content] Simi shared the stunning song and music video for “Woman” in October, a track that sheds light the barriers placed on women across societies and showcases female strength. The ear-grabbing single is built on a afrobeat-leaning production that interpolates lyrics from Fela Kuti and others. During the single’s release, Simi kicked off the #NobodyLikeWoman campaign, a storytelling challenge for women to share some of the unique and harrowing stigmas they deal with.

[embedded content] New Mavin Records signee Ayra Starr came fresh out of the gate and got people talking with “Away,” the lead single from the 19-year-old’s self-titled debut EP. Born in Benin and raised between Cotonou and Lagos, Nigeria, Starr’s sound allows her versatility and distinctive styles to take center stage. The introductory “Away” is a pulsating, hip-grinding track that re-explores what typically makes up a break-up song.

[embedded content] Nigerian superstar Tiwa Savage shared her new 5-song EP Water & Garri this year, which she describes as her “most spiritual journey through music so far.” The collection of songs, which features the likes of Nas, Amaarae and Tay Iwar, has several standout points but it’s the Brandy-featuring “Somebody’s Son” that’s stayed on replay on our end. The single’s music video, directed by Meji Alabi, is a captivating and playful affair featuring both the Nigerian and American stars dueting together as the many possible sons pass by their set. Tiwa Savage has called “Somebody’s Son” a “full-circle moment with her all time idol.”

[embedded content] Olamide came through in May with “Rock,” a mellow and flirtatious little number, as the lead single from his new 10-track album, UY Scuti, titled after one of the largest known red stars. “Rock” is a smooth jam you’ll have repeating over and over again. “The song is saying my lady doesn’t have to do too much to impress me — I love you already,” Olamide mentions.

[embedded content] Tems followed her feature on Drake’s Certified Lover Boy and the massive popularity of “Essence,” with “Crazy Tings,” the first taste we heard off her If Orange Was A Place EP, which features a single guest appearance from American singer Brent Faiyaz — who lends his vocals to “Found” — and production from Jonah Christian. “Crazy Tings” is an addictive and bounce-heavy Guiltybeatz production.

[embedded content] Rema shared the eye-grabbing new music video and single “Bounce.” In its accompanying music video, the Mavin Records star takes us to a place that can best described as Mad Max-meets-Burning Man as he celebrates, well, “booty bounce.” It’s a wild post-apocalyptic affair that matches the fast-paced freneticism of the single and its Don Jazzy-produced beat. Jazzy also appears in the video.

[embedded content] The buzzing Fireboy DML rolled through with his single, “Peru,” which followed-up his excellent album, Apollo. The Shizzi-produced track, Fireboy’s first official single of the year, was yet another earworm from the constantly rising Nigerian artist.

[embedded content] Up-and-coming Nigerian artist Lojay connected with producer Sarz for this highly-addictive single “Tonongo,” a song which is about Sarz’s experience of falling in love with a stripper. “‘Tonongo’ is about expressing the depth of emotion that lies beyond the surface,” Lojay mentions. “The single was inspired by the atmosphere of a strip club – moody and dark — a fitting ode to the dancer the song was written about. I enjoy the duality of the song. It ended up making itself and that’s the beauty of it, the beauty of music. It’s so spiritual. I’m just a vessel. I hope people relate to it and find beauty in it.”

[embedded content] Burna Boy came through in April with “Kilometre.” The Chopstix-produced song sees the superstar singing about the distance he’s traveled, literally and figuratively, to reach his current level as one of the top African artists in the world. “Kilometre” is an energetic track built on a repetitive refrain that will get stuck in people’s heads and soundtrack many a dance floor to come.

Teni ‘For You’ ft. Davido

[embedded content] Nigerian singer and songwriter Teni shines bright in “For You,” an afropop ballad-style collaboration with fellow Nigerian superstar Davido. The song is housed on on her debut album, Wondaland, which came out this year and also features notable tracks like “Moslado.” When speaking with OkayAfrica about the album Teni mentioned, “It’s my first album and I wanted to be a bit selfish, I just wanted everyone to hear me out, I’ll never have a first album again, so I just wanted to keep it special.”

[embedded content] Mr Eazi‘s “The Don” and its accompanying short film, were shared as the lead bits from his EP Something Else. While Mr Eazi describes the project as “the calm before the storm”, the multi-talented musician did not disappoint. With production credits to Killertunes andE Kelly, “The Dn is an operatic, ‘afro-trap’ ballad of note, “The Don” gives fans a glimpse into Eazi’s bountiful bag o’ tricks and treats, as well as teasing the highly anticipated EP to come.

[embedded content] With his pink hair and eye-patch Ruger became one to watch this year. “Bounce,” the highlight from his Pandemic EP, had been rising in the Nigerian charts and, with just one listen, it’s easy to tell why this sugary and addictive track is a hit. “Bounce” actually peaked at number one on Nigeria’s Apple Music charts.

[embedded content] Another banger from Rema makes it on this list because of his impressive consistency. In “Soundgasm,” the young Nigerian adds country-style guitars to his ever impressive bag of tricks. The London-produced track showcases the Nigerian star’s vocal range as he goes from a high-pitched refrain to rap-sung verse melodies seamlessly. The music video follows Rema to a house in Nashville where he’s joined by a female companion. “Dimension,” another noteworthy Rema feature from this year alongside JAE5 and Skepta should also be on your rotation.

[embedded content] Nigeria’s buzzing Buju shared his impressive tune, “Never Stopped.” The Timi Jay-produced afro-fusion track is one of the standouts from hisSorry I’m Late project, which featured appearances from The Cavemen as well as production from Rexxie, Denzl, Perlz, and Steph.

Mayorkun ‘Back in Office’

[embedded content] Mayorkun was “Back In Office” with the lead single and music video from his album of the same name. The single adds a slight amapiano twist to the Nigerian artist’s afro-fusion sound. Its accompanying music video was a major affair with sees him reimagining himself as the real mayor of Lagos.

[embedded content] Nigerian singer and songwriter Reekado Banks is back with a track that is as socially important as it is a banger. The 27-year-old Afrobeats crooner has returned with endearing track ‘Ozumba Mbadiwe’, honoring the one-year anniversary of the #EndSARS protests that saw the Nigerian government authorize an onslaught of attacks on Nigerian citizens for their anti-government demonstrations.

[embedded content] Wande Coal dropped the soul-stirring energetic single “Come My Way.” Produced by Bruno and Screwface, the trio meticulously blends the irresistible energy provided by afrobeats with the pulsating vigor so well associated with South Africa’s amapiano phenomenon — making the track a cross-continental affair made in dreams.

Related Articles Around the Web