The son of a suspected white supremacist judge in Louisiana who starred in a home video that showed her family repeatedly using the N-word has been revealed to be anti-mask amid reports his disgraced mother has stepped away from the bench — but not resigned.

In case you missed it, Odinet and her family were shown on a video recorded in her home while they looked at security surveillance footage from an attempted robbery at the residence. The suspect was a Black man, a virtue that prompted the family’s commentary while watching the video of the attempted burglary.

“And mom’s yelling n****r, n****r,” a voice that presumably belongs to Odinet’s son can be heard attributing to his judge mother before a woman’s voice, presumably belonging to Odinet herself, chimed in saying, “We have a n****r, It’s a n****r, like a roach.”

This is DISGUSTING! Judge Michelle Odinet is captured on video using racial slurs while reviewing home security footage. People's lives are in HER HANDS on a daily basis. This level of hate & racial bias should not be in our courtrooms! She needs to RESIGN! pic.twitter.com/TVny8kcaUZ

That son, Eli Odinet, is the same person who in February went to a city council meeting to speak out against a local mask mandate as the delta variant of COVID-19 had taken a stranglehold on the country. Video from that council meeting shows Eli complaining about the constraints the pandemic and social guidelines like wearing a mask had placed on his ability to enjoy “social life in Lafayette.”

The last speaker was 19 year old Eli Odinet, whose father is the coroner, & whose mother is a local judge.
He started by saying that “social life in Lafayette has been on a tremendous decline since the beginning of COVID.” He opposes a mask mandate (1/4) pic.twitter.com/6yRX6OD4DY

Come to find out that his mom is reportedly also an anti-masker who forbids masks from being worn in her courtroom, according to CBS News national correspondent David Begnaud.

The last speaker at last nights council meeting, Eli Odinet, who opposed a mask mandate, is the son of Lafayette City Court Judge Michelle Odinet. A lawyer who regularly appears before Odinet says the judge instructs attorneys & their clients to remove masks when addressing her. pic.twitter.com/Vzvz4wlB98

With so many notable anti-maskers also ascribing to QAnon rhetoric that oftentimes is associated with racism, it’s no wonder that Judge Odinet is at the very least guilty of being racist-adjacent; at most she is an apparently all out anti-Black racist whose cover has been blown.

That’s probably why it was reported on Thursday that the good judge has taken an unpaid leave of absence from the bench, according to local news outlet the Advocate. Her self-imposed exile came days after she made a public plea for forgiveness while apparently blaming her case of temporary racism on an unspecified drug she claimed to have taken in order to rest her poor soul that was troubled by that darned Black man breaking into her home.

“My children and I were the victims of an armed burglary at our home,” Odinet said in a statement earlier this week. “The police were called and the assailant was arrested. The incident shook me to my core and my mental state was fragile. I was a wreck and am still unable to sleep. I was given a sedative at the time of the video. I have zero recollection of the video and the disturbing language used during it. Anyone who knows me and my husband knows this is contrary to the way we live our lives. I am deeply sorry and ask for your forgiveness and understanding as my family and I deal with the emotional aftermath of this armed burglary.”

Odinet is asking for “understanding, forgiveness, patience, and prayers” for her and her son.

Odinet can’t be forced off the bench and would have to voluntarily resign to be removed because, as the Daily Advertiser reported, “Judges are unique in Louisiana in that they are the only elected officials who are protected from recall petitions.”

But that didn’t stop Gov. Edwards from calling for her resignation anyway. He said he believes she was one of the people on the video who used the N-word to describe the burglar and suggested any Black person who came before her in court would have a valid reason to have her removed from the case.

“I’m not sure she has a valid basis for denying that recusal,” Edwards said before adding later: “I believe she should resign. I hope she will conclude that for herself.”

At least two Black defendants who have Odinet presiding over their cases have already filed motions for her to recuse herself from their cases because “she is prejudiced and bias (sic) against African Americans.” 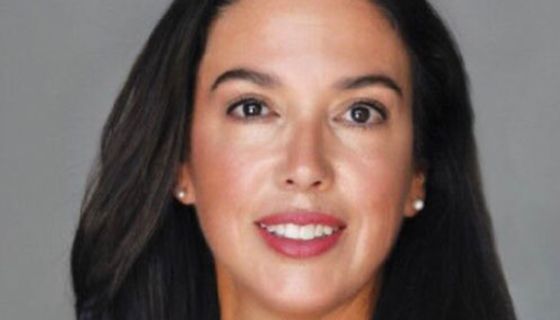