When loved ones, activists, and communities across the country demanded justice for Fanta Bility, this isn’t what they meant. 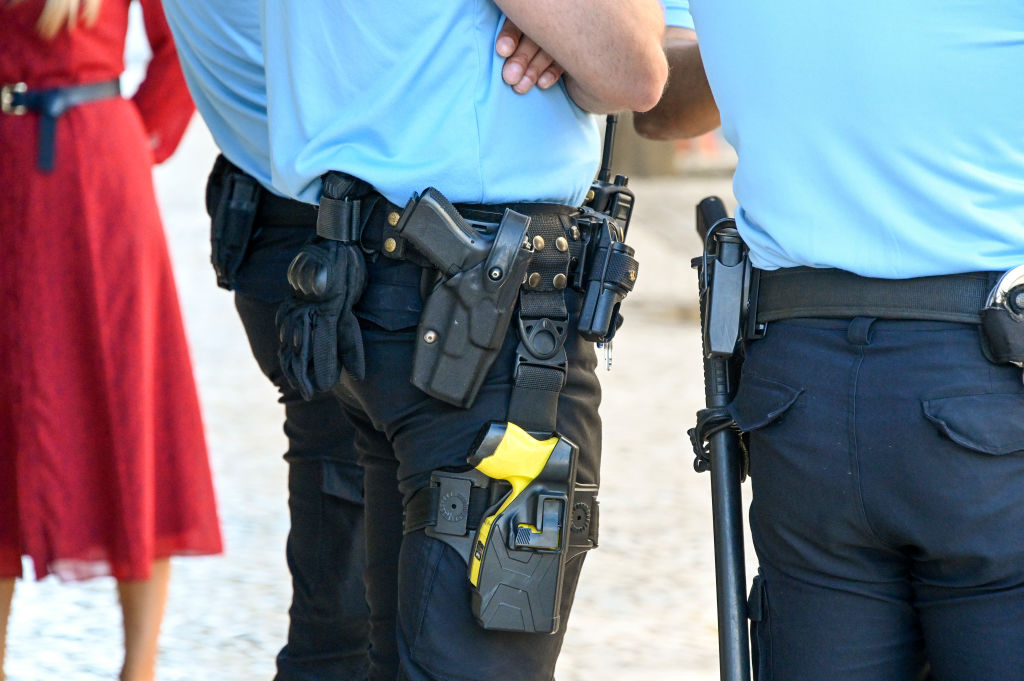 On Aug. 27, the 8-year-old girl was shot and killed at a high school football game in Sharon Hill, a borough in Delaware County, Pennsylvania, just outside Philadelphia. Two weeks into the investigation, “initial ballistics analysis” indicated a “high probability” that local police shot Fanta, but now Philly Voice reports that two teenagers are being held responsible.

Delaware County District Attorney Jack Stollsteimer announced Wednesday that his office is charging 16-year-old Angelo “AJ” Ford and 18-year-old Hasein Strand with first-degree murder, aggravated assault, and other gun charges. How convenient that police can point fingers at two Black kids when they’re the ones who actually fired the bullets that killed Fanta and wounded three others, including Fanta’s older sister Mamasa.

The tragic incident was initially described as a drive-by shooting as attendees left Academy Park High School after the game. Three Sharon Hill officers were on-duty at the stadium to help with crowd control when they all opened fire on a vehicle they assumed was involved in the shooting. Instead, the officers only hit innocent bystanders who were on their way home.

Where were Ford and Strand when this happened? A block away from the stadium entrance. CBS Philly reports witnesses told investigators they saw Ford outside the game as it ended with a firearm tucked in his waistband. Another witness stated when they spoke to Strand after the shooting, he said there was a verbal dispute between the teens during the game, and Ford flashed a gun at Strand as he exited the stadium.

According to that witness, Strand also said he left to get his gun and returned to where Ford was on Coates Street. That’s where the two teens allegedly got into a gunfight, with Ford taking the first shot and Strand returning fire. Those three officers said they discharged their weapons into the crowd when they heard those shots from Strand and Ford. Investigators recovered 21 9MM bullet casings from the scene.

Through the legal concept of transferred intent, prosecutors claim  Strand and Ford might as well have been the ones to shoot Fanta because they intentionally triggered the chain of violent events.

“They were attempting to kill one another that night, and as a direct result a little girl is dead,” First Assistant District Attorney Tanner Rouse explained in a statement.

“We recognize that both the facts and the law in this case are complicated, and we know that our work is not done, which is why the investigation into the Officers’ actions and the appropriateness of their response is still very much ongoing.”

Bruce Castor, attorney for the Bility family, said that charges against the teens are a “gutsy move,” but it will be difficult to convict them for the murder. Castor said the family’s main concern is accountability for the police officers who shot their daughters.

“I want the focus to remain on the Sharon Hill police officers whose negligent and reckless behavior in reacting as they did is what killed Fanta Bility,” said Castor, who is a former career prosecutor. “From the point of view of the Bility family, these officers killed Fanta, and they need to be held accountable for that, and those responsible for their supervision and training need to be held accountable for that.”

Fanta’s mother and siblings filed a federal lawsuit against the borough of Sharon Hill, Police Chief Joseph Kelly Jr. and the three officers involved in the shooting.

A grand jury will review the case on Nov. 18 to determine whether the officers’ use of deadly force was justified.

Ford is currently in custody and will be held without bail at transferred to the George W. Hill Correctional Facility while there is an ongoing nationwide manhunt for Strand.